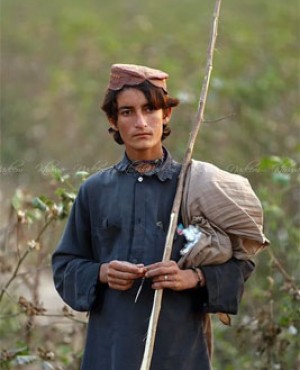 Islamabad – Barren soil, deserts, and mountains may cover most of the land where the Baloch people of Pakistan live, but these conditions have not stopped them from having colorful traditions and culture. This particular ethnic group even has different arts and crafts that show the diversity of their culture. They may have been thought of as nomads, but their practices have created a unique identity that distinguishes them from various tribes in the country.

The Baloch people probably originated from the Iranian plateau, as their group was mentioned in the 10th century CE Arabic chronicles. Nowadays, most of them live in various locations around Pakistan, Iran, and Afghanistan. They were traditionally nomads who then later on settled and practiced agriculture within their community’s residence.

Today, almost 70% of the Baloch people live in Pakistan. They are divided into two main groups: the Makrani and the Sulaimani. Each of the tribes, or tuman as they are called, and several clans that acknowledge one chief. The chief has a fixed residence within the village, which is usually a collection of stone or mud huts. In addition, they raise camels, cattle, goats, and sheep within their lands.

Life of the People

The people speak their own language, Balochi, which is an Indo-Iranian language within the Indo-European family. However, in more recent times, the people have adopted the languages spoken in their neighboring regions. In spite of their distinct language, the Balochs are close to other groups in the area as most of them are Sunni Muslims, although others in the Balochistan region belong to the Shia sect.

Alongside the people’s development as a community, it is also known that in ancient times, it was the Baloch mothers who had the important role of passing along the customs and traditions of their people. It is said that the mothers singing lullabies to their children was the way of introducing the new generation to the Baloch’s way of living. This later led to the rich tradition of the people in terms of storytelling, which also let them showcase the tribe’s code of conduct called Baluchmayar.

The Baluchmayar guides the Balochs in their daily lives, as well as their social relations. This kind of practice includes the tradition of their people being generous in showing hospitality to their guests, interacting with each other honestly, offering refuge to people who are searching or in need of protection, and many others. The communities who share this code of conduct show a great sense of identity and respect to others from within and outside of their tribe. This kind of practice has been passed on from generation to generation, even though many of the people in the past did not have a written language established yet. Tribe members commonly practice poetic artistry, of which the written forms were only created much later.