Home / News / Few in Number but Rich in Culture: Murut Group of Borneo

Few in Number but Rich in Culture: Murut Group of Borneo 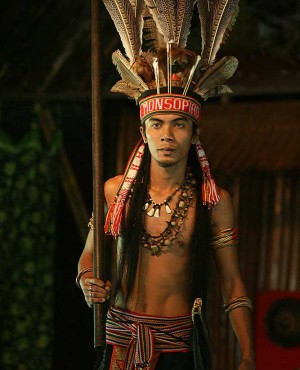 Sabah – Borneo, the largest island in Asia, is home to the world’s incredible equatorial rainforests as well as rich and diverse indigenous ethnic groups. The island’s geographical setup, as well as cultural backgrounds, brings together a wide array of traditions, history, and languages. In the discovery of such great wonders, it is good to understand one of Borneo’s largest indigenous groups: the Murut people.

Who are the Murut? They are members of the society who may be few in number but have an astonishing cultural treasure to showcase. Despite being in a melting pot of various cultures, they maintain their own distinct identity through their culture and traditions.

The word Murut means “hill people,” which signifies the location of their first communities. Even with this geographical association, the Murut are scattered throughout various locations in the country, with others even spilling over the borders. The Murut community comprises several groups that live in the southwestern uplands of northeastern Malaysia, mostly in Sabah, Keningau, Tenom, Pensiangan, Kalabakan, and Kinabatangan.

The Murut communities and their people speak a vast range of up to 15 languages with 21 dialects under the Murutic branch of the Austronesian language. Despite this wide variety of languages, the indigenous group of the Murut are famous as great warriors. In fact, they were known as courageous headhunters. They were masters in using various weapons in their hunts, such as the blowpipe and arrows. These hunts brought upon different spiritual rituals as well.

It is essential to understand that the ancient practices of the Murut were not merely acts of violence but are deeply rooted in their beliefs, customs, and history as a community. The headhunting journeys served as necessary steps for the completion of the members’ life stages. Also, each time they successfully bring home heads symbolize victory and protection to the entire Murut community. Over time, the Murut people find themselves living in an urbanized society, and thus, these ideals are changed. Nonetheless, they did not let these changes affect their entire distinct indigenous cultures. The use of their language continues to serve as an essential element in keeping their identity alive. They also have a colorful set of oral history and musical heritage that describe many of the adventures of their ancestors.

Aside from all those practices mentioned, the Murut’s tradition and rich cultural background may also be observed in their intricate beadwork and clothing. For their traditional attire, women wear Pinongkolo, which is a beaded blouse that is paired with a wrap skirt and a headdress with feathers and jewelry known as Salupai. The men wear a tree bark vest (Babaru puputul) and a bark loincloth (aba puputul), with a headdress with feather (stupi sinulatan). The people also celebrate a harvest festival where they give honor to the spirit of the paddy. The community gathers for a feast and to drink the delicious traditional drink Tapai, which is a fermented tapioca root drink.

The Murut people, both young and old, can pass their knowledge and experiences to the members of their community through festivals and other cultural practices, keeping their indigenous identity alive.