Four Countries, One People: The Sami 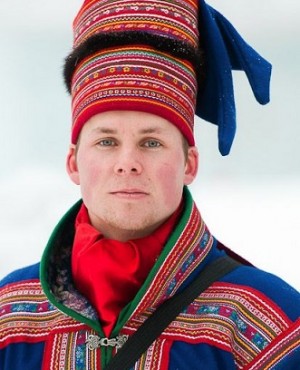 Helsinki – More than 370 million indigenous people live in just some of the 90 countries in the world. Among these indigenous groups are the Sami people, who live in the northern parts of Finland, Norway, Russia (specifically in the Kola Peninsula), and Sweden. Even though they are considered minorities in most of the regions within these countries, they remain a significant majority in the municipality of Utsjoki in Finland, as well as in the innermost parts of Finnmark County in Norway. However, despite their large number and the continuous growth of their population in various countries, many are not familiar with the Sami and how Sami from different countries are distinct from one another.

In earlier times, the Sami were interchangeably called Lapps and Finns. The former is derived from Lapland and Lappmarken, while the latter stands for Finnmark and Finland. These names were a result of centuries being a minority within the local neighbors, who were more established in the region. However, through constant communication and a wider range of studies, the ethnic group finally found their name in the last decade. Now, they are called the Sami (same in Norwegian and Swedish), which originated from the indigenous group’s own word sámit.

Aside from their actual name identification, the Sami people’s settlements and the way they sustain themselves are some of the strongest foundations of their unique identity. However, as the Sami live in four separate countries, it is inevitable that each individual ethnic community shares a number of unique cultures and practices from their respective home countries that are beautiful representations of their particular lifestyle. Moreover, the range of their political, economic, and societal powers vary.

The Sami in Norway, for instance, have their own parliament. This representation helps promote political initiatives, as well as manage laws and missions that are rightfully delegated by the national authorities. In addition, the Sami in Finland have received their own rights under the Finnish Constitution when they were recognized as an indigenous people in 1995. This recognition has granted them the right to maintain and develop their own culture, traditional livelihood, and language.

In recent years, even though this indigenous group has gradually become a part of their respective local communities, the size of their population is not clear. Due to assimilation, it is difficult to provide an accurate count of their people. Their population is estimated to range between 30,000 to double that number. This problem has become more apparent, as assimilation is widespread. Additionally, a lot of the Sami have already moved to other parts of the four countries. For now, however, the majority of their people live in Norway, while Russia has the least number of Sami. There are only around 2,000 Sami on the Kola Peninsula, where they continue fighting to survive as an ethnic group.