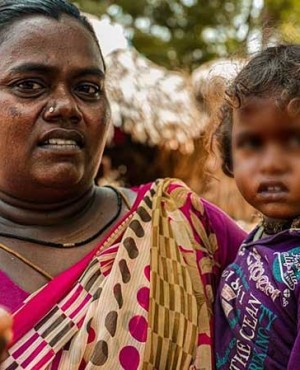 New Delhi – India has a variety of colorful scenery and a wide range of cultures from the country’s indigenous groups. It is interesting that despite recent changes across the globe, the country continues to be known for its many intriguing cultures and exotic traditions from their ethnic communities. That is, ethnic people can keep their practices within a more urbanized global setting. Seeing one of the oldest communities still living in the country up close is a good start to understanding India’s rich indigenous background. Let’s have a quick look at the Irula people of Tamil Nadu.

Who are the Irula people of Tamil Nadu?

There’s very little knowledge about the Irula people, but some may know them as the snake people due to their historical accounts of mastery in catching and handling snakes.

The Irula communities are mostly concentrated in Tamil Nadu. The people are identified as a scheduled tribe under the Indian constitution, where they are known as Irular. In the Tamil language, the term Irular means “darkness” or “night.” This association may be due to the complexion of the people’s skin or the fact that every significant occasions occur in the darkness of night. Despite being a scheduled tribe, they are quiet workers in India’s healthcare system, as well as newly acclaimed assistants in the global reptile community.

The Irula’s history of catching snakes is connected with their community’s action in fighting the deadly venom of snakes across the country. The origin of such practices may not be apparent aside from their local traditions, mythology, and language. Their mythology is not as elaborately recorded as that of the other ethnic people, but they provide a glimpse of the origin of the people’s beliefs. The stories and traditions are associated with the group’s survival history of hunting reptiles and rats, where the practice served to assist the farmers of the region. With the popularity of modern mechanisms to address such pests, the Irula’s practice dwindled for a bit. However, there is a recent demand for these skills both locally and internationally.

The already-small number of active Irula communities is now under imminent threat from urbanization across the different regions of India. With the people growing up to generations of catching snakes, the experienced members need to share their skills in the areas. The snake catchers of the Irula group work closely to capture and extract venom from snakes to help in the production of antivenin throughout the year. The different companies that produce these antivenin get their resources from the venom extracted by the skilled and experienced Irula people.

Even with their practice of snake hunting, it is essential to see the Irula people as a living community who share various cultural traditions with other Indians. Giving the Irula a chance to contribute to the welfare of the country’s fight against deadly snake venom is a great way for this indigenous community to flourish within the urbanized setting.