Home / News / Isle of Man and its Manx Language

Isle of Man and its Manx Language 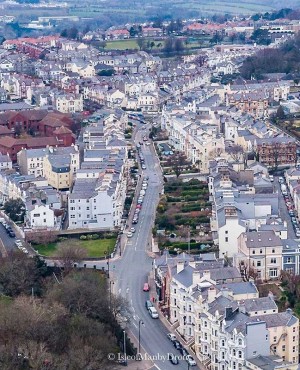 Douglas – Any visitor is sure to enjoy a delightful time in the Isle of Man, where basking sharks and Manx cats live. The island is a relatively small one, located in the Irish Sea, just off the northwest coast of England. Travelers visit the island for its history and the promise of adventure.

The picturesque island is also home to the Manx people. There are few written records of this indigenous group, so it is good to know them before visiting the Isle of Man.

The Manx People and Their Language

The Isle of Man is home to an ethnically diverse society. The Manx people comprise the largest ethnic group, and they live on the island together with the Irish, Scots, and English.

The Manx people have a native culture that is significantly Gaelic. Many of the coastal towns and villages that are traditional settlements have turned into various centers: administrative, farming, fishing, and religious ones. A close look into their practices reveals some Norse and English influences. However, the most important component of Manx culture is the language. Unsurprisingly, it’s also the most important tool in keeping the Manx culture alive.

Decline and Revival of the Manx language

There are very few left who speak the Manx language, resulting in its decline. However, there is enough knowledge to identify its origin and connections.

Moreover, with modern technology and the ever-increasing interest in the indigenous language, Manx culture is now represented in everyday life, from the young ones’ conversations, to music, and even social media materials. This will be a revival that will touch an important aspect of society and impact the future generations of the Manx people as well as all who live in the Isle of Man.