Home / News / Knowing the Culture of the Kedayan

Knowing the Culture of the Kedayan 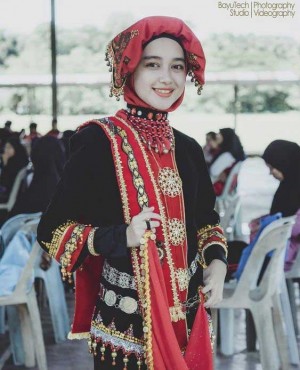 Bandar Seri Begawan – Brunei, located on the northern coast of Borneo, flourishes with communities of indigenous peoples. One of these particular puak (“group” or “tribe”) is the Kedayan indigenous people. The country recognizes them as one of the seven main groups considered bumiputera (“natives”) to the land. Along with the Kedayan, other groups that are considered bumiputera are the Belait, Bisaya, Bruneian Malays, Dusun, Murut, and Tutong.

The Kedayan communities of Brunei are not limited to a single region. The people’s homes are concentrated in the central and eastern areas of Brunei. However, even though the country recognizes them as natives, some Kedayan people also live in Labuan, Sabah, and parts of Sarawak. Their communities there are mostly located in Beaufort, Kuala Penyu, Papar, and Sipitang in Sabah, and in Lawas, Limbang, Miri, and Subis in Sarawak.

Because they are found in so many locations, questions remain as to the Kedayan indigenous people’s origin. Until today, it is uncertain how the people arrived in Brunei. Some speculate that they originated from Java. Nonetheless, according to theories of historians, they came to Brunei during the reign of the 5th Sultan, Sultan Bolkiah, in the 15th century. Aside from these concerns, some archeological findings show the people have been in Kota Batu, Brunei, during those times.

While their uncertain origin continues to puzzle many, the Kedayan people have clearly played a significant role in the history of Brunei. Researchers and anthropologists continue to seek out references to the Kedayans in numerous written works as well as oral traditions.

Despite the uncertain origin and the diverse locations of Kedayan communities, their common language connects them. As many people use this language, Kedayan words have found their way into the Brunei Malay language as well. Moreover, within their language, they identify their fellow Kedayans as Padian, even if they are from another country.

As the communities step into modern times, they retain their cultural practices and traditions. Even so, the Puak Kedayan are not exempted from similar concerns of other indigenous groups. The Kedayan are finding ways to pass their cultural traditions to the younger generations to revive the declining traditional customs of their ancestors. How do they do this?

One action is through their music and dances that they perform during special occasions. An example of such is the celebration of Makan Tahun (“annual feast”), which shows their gratitude toward the end of their community’s harvest season. It is an event shared by all generations. This is where people can watch the children dance to familiar ceremonial music and dances. There may even be the performance of the aduk-aduk dance as people join in the Malam Kebudayaan (cultural night). This celebration also gives elders the chance to pass age-old practices for the young ones to witness and appreciate, plus some generous and tasty servings of traditional food to enjoy. With this effort, the Kedayan people are doing their best to keep a strong bond amongst their members. There may be differences with each generation’s experiences, yet at the heart of it all, they share the blood of the Puak Kedayan.