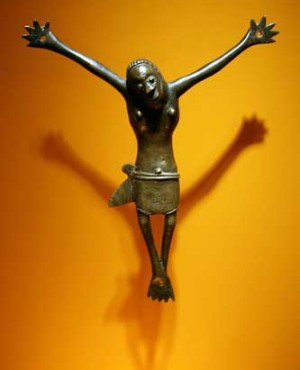 Brazzaville – Among the diverse communities of indigenous people in African history, there is the pre-colonial kingdom of Kongo. During the peak of the monarchy’s reign in the 15th to 16th centuries, it even had control over 240 kilometers of coastline from the Congo River to the Cuanza River, and spread some 400 kilometers into the interior of central Africa up to the Kwango River. However, what do we know about the Kongo people now? Are there a lot of differences with their most flourishing time as a kingdom to the diversity of the indigenous peoples now?

In the late 14th century, the Kongo kingdom came to be. There were accounts that it was founded in 1390 by Lukeni Lua Nimi. Initially, the belief was that the first community was a small, loose federation that eventually grew after the alliance of various principalities located on the western coast of central Africa.

The Kongo people are a group of Bantu-speaking individuals. Their relationship to other ethnicities around the region is one based on both language and culture. Also, their community dwellings are along the Atlantic coast of Africa from Pointe-Noire, Congo (Brazzaville), in the north. Then it reached up to Luanda, Angola, in the south. In the east, they have the Kwango River that marks their territory. Then in the northeast, they have the Malebo (Stanley) Pool in the Congo River. There is also archeological evidence that shows that the Kongo people originally lived along the river. They then learned and developed the practice of farming and trading. With this growing system, the people eventually moved and later formed an official monarchy.

Aside from the association of various communities, the kingdom also expanded due to their gradual actions towards conquest. They were under the rule of the manikongo, who was the king. Then, in the span of the indigenous people’s development, they were able to establish a crucial social organization. This particular practice is a system where nearly every village of the kingdom is independent of one another. However, this type of system is seemingly not evident anymore. Nonetheless, the former location of the said kingdom has descendants in present-day Angola and the Democratic Republic of the Congo.

The indigenous community was a large group who shared a distinct cultural practice as well as a religion. The people practiced a traditional Kongo religion during the period of the kingdom. However, during the 15th century, as the people began a more extensive European correspondence, the Kongo communities also became the first pre-colonial Christian kingdom in central Africa. This religious practice started with the arrival of the Portuguese in 1483 where the manikongo of the time was baptized.

Alongside the growth of the communities, there is also the development of a distinct language of the people. The people spoke the Kikongo language, which is of Benue–Congo origin. Kikongo is a branch of the Niger–Congo languages. In this language, the name Kongo means “fighter” or “warrior.”

Even though there are still Kongo people who speak the Kikongo language, there have been some changes, with the addition of smaller languages such as the Munukutuba and Lari. This is a good way for people to communicate better in various communities while keeping their traditional language alive.