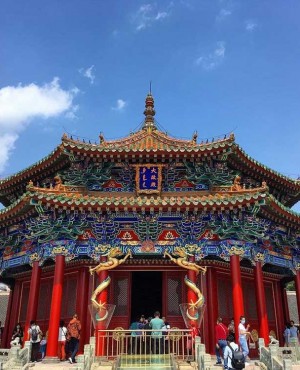 Beijing – The Manchu people of China have a long and colorful history spanning over 1,400 years. Their people have significant contributions to the country’s history, culture, and tradition. Their communities live across various regions in China, with the largest group living in Liaoning Province.

However, as time went by, the Manchu people’s bloodline has been watered down because of intermarriages with the Han people, China’s majority ethnic group. This has affected the usage of both spoken and written forms of the Manchu traditional language.

Manchu culture and ethnic living can be traced back to the Sui dynasty (581–618 CE) and the Tang dynasty (61–907 CE). With the Manchu people’s influence throughout China’s history, their ethnic group is the source of the region’s name, Manchuria. However, the origin of the ethnic name Manchu on its own is hotly debated among scholars of today.

There have been various dynasties where the Manchu people have had control of Manchuria. During those times and until today, the people are known for their agricultural knowledge and skills. The communities across different areas are known for their traditional crops: apples, millet, soybeans, and sorghum. Aside from crops, the Manchu also raised cattle and oxen.

The Manchus have established themselves as settled agriculturists for many centuries, in contrast with their nomadic neighbors, the Uighurs and the Mongols. Yet, the Manchu people share a similar level of equestrian skills with these wandering people.

Despite the Manchu people’s agricultural background, they have greatly contributed to Chinese arts, literature, culture, music, and sciences. As the communities have been parts of numerous dynasties, their influence is evident in paintings, poetry, and other literary works. There are also prominent Manchu people who have contributed to different scientific fields, such as Shu Li Jing Yun and Li Xiang Kao Cheng.

As the people grow in number and power, the traditional Manchu language also flourished time, but it slowly lost its strength because of modern influence. The Manchu translated various works of the Han into their own language. As cultural exchange between different ethnic groups continued to become a constant practice, the Manchu people gradually became more accustomed to the Han or Mandarin Chinese language.

Only a few elderly members or native speakers can still converse in the Manchu language, and even fewer can read traditional writings. Fortunately, it is not the end for the Manchu language as revitalization and conservation efforts are now increasing. It attempts to reconstruct the Manchu people’s ethnic identity within the present Han-dominated society. This action is spearheaded by the Manchu people themselves, with the help of both the Chinese government and Non-Government Organizations (NGOs).