Meet the Aymara of South America 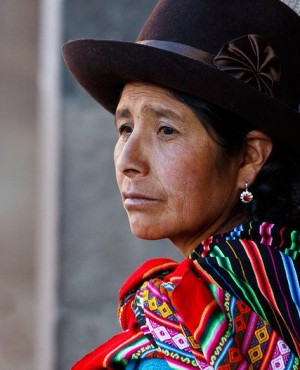 La Paz – Centuries-old culture and tradition continue to flourish in the communities of the Aymara people of South America. Despite modern challenges, there are many victories in the lives of the Aymara as they pass on their ethnic practices to their community’s younger members.

Who are the Aymara?

They are a native ethnic group that lives in Altiplano’s plateau region, at the lower elevations of the Andes. However, their communities are not exclusively settled in this area. There are local Aymara people who live in the basin of Lake Titicaca, Bolivia, Northern Chile, and Southern Peru.

Initially, the Aymara people once called themselves Jaqi (“human beings”). As Jaqi, they belonged to the Collasuyo division of the Inca Empire.

A quick view into their culture may be seen in their flag. The Aymara flag is called Wiphala, which is formed by several squares of seven distinct colors. These colors represent the land, society, energy, time, the economy, the cosmos, and politics. This specific style is to showcase the Aymara’s colorful textiles as well as the essential parts of their community. Their flag is a symbol of their identity as Aymara people.

How do they communicate?

For the past 5,000 years, the Aymara has lived in the Andean highlands. As they build their communities, they cultivate their culture and identity. One of the main aspects that help the people continue this legacy is their use of their native language, also called Aymara.

There is no specific written record of the language’s origin. However, with a closer study of the language, there are distinct elements and word usages that may help link it to other known languages of South America.

First, the Aymara language shares phonological and structural similarities to Quechuan languages. However, these similarities are not enough to establish a definite relationship. By contrast, Aymara appears to be related to two Peruvian languages: Jaqaru and Cauchi.

Language Struggles and Other Cultural Representation

Even though there are still relatively many Aymara ethnic people, it is sad to note that most of them speak Spanish. Despite being one of the official languages in Bolivia, Aymara is not incorporated in the educational system and is not a widely accepted medium for academic or professional engagements.