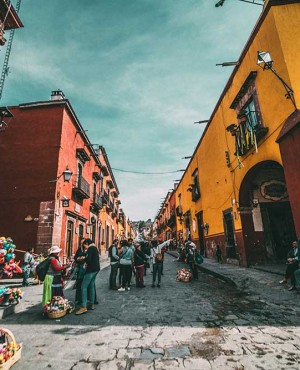 Mexico – Who exactly are the Rarámuri of Northern Mexico?

They are an ethnic community that have kept their tradition and native language intact by moving from Chihuahua to the Sierra Madre Occidental.

In many references, Tarahumara is their name. However, in their mother tongue, they refer to themselves as the Rarámuri, which means “light-footed one” or “runners on foot.” There may not be a direct translation of their name. Nonetheless, their identity comprises more than just the right name for their community.

At present, the Rarámuri are one of the largest American societies in North America. To better understand the Rarámuri people’s identity, it is best to look at the distinct practices they have in their everyday lives.

Rarámuri’s culture is connected to their physical environment as their living settlements are migratory. Throughout the centuries, the local communities kept their culture alive by staying close to one another and resisting outsiders’ influence as much as possible. This kind of resistance is evident in how their people wear their traditional clothes, kept their language from outside influences, and even in their local dwellings. They also have a close bond with their environment as they understand the weather changes also affect their way of living.

In the Sierra Madre, there is the mountainous area of the State of Sonora to the west, Chihuahua to the east, and Durango to the south. As the Rarámuri people live in a zone that crosses Sierra Madre Occidental’s northern and southern parts, they have lived by migrating from one area to the next depending on the season.

They live in the mountains during the summer, as this is where the weather is cooler during that season. Then, during the winter, they live in the canyons, where it is warmer. Even in the past, their people understood their surroundings and lived in caves located across the area. However, it is not a common dwelling place for the Rarámuri at present.

For sustenance, the Rarámuri cultivate various crops, such as beans, corn, potatoes, and squash, which contribute to their highly vegetable-based local meals. They have these basic goods as they sustain their community units (ranchera) through successful agricultural practices.

The Local Language and Its Preservation

The Rarámuri people have preserved their culture and traditions for a long time. Their practices remained mostly unchanged for centuries, even with the increase in outside contact. However, despite their efforts, the continuous use of their native language still faced challenges.

The current concern, however, is not with that change with the language association. As modern Rarámuri people meet more outsiders and communicate more with non-native speakers, there has been a decline in the use of their native tongue. Even with about 70,000 speakers of the Rarámuri language, many of the Rarámuri are more literate in Spanish, which is the language used by neighboring communities across the area.

Understandably, the growing communication between various communities outside of the traditional ranches will continue. However, it is important to keep language preservation in mind so that the Rarámuri may continue passing on their traditions, culture, and beliefs to the younger members of the ethnic group. In this process, the people may become more comfortable and confident in using their native language in communication, even just amongst their people, to preserve such an essential aspect of their ethnic identity.