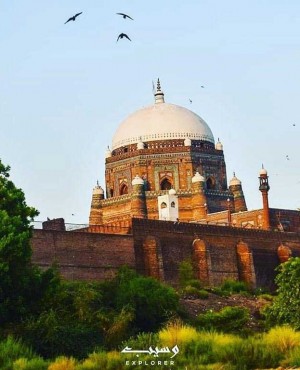 Islamabad – The country of Pakistan has a multicultural society, and one of its major ethnic groups is the Saraiki. Also known as Seraiki, Siraiki, or Multani, are an Aryan people representing about ten percent of the country’s population. The majority of the Saraiki can be found in Southern Punjab, mainly Multan, Bahawalpur, and Dera Ghazi Khan. The Saraiki’s rich culture is an amalgamation of their own language and traditions, Indus Valley culture, as well as Persian and Muslim influences.

The Saraiki ethnic group is settled in the site of the ancient Indus Valley civilization, more than 40,000 years ago. According to the famous Pakistani archaeologist Ahmad Hassan Dani, the word Saraiki comes from Sauvira, which is an ancient kingdom of the Indus Valley mentioned in the Sanskrit text Mahabharata. They were primarily Hindu but witnessed the spread of Islam in the region after it was conquered by the Arab Muslims in 712 CE. Saraiki region became a vital center of Muslim culture, and most of its population was eventually indoctrinated.

At present, about ninety-nine percent of the population are followers of Sunni Islam, with a small minority of Christians, Hindus, and Sikhs. Pakistan was invaded by several dynasties and empires, including people from the West, such as the Greeks and the Aryans. Thousands of Saraikis, mostly Sikhs and Hindus, moved to India following its liberation in 1947. They were given the new name Multani, meaning “people from the city of Multan.” A large number of their community can be found in the states of Punjab, Gujarat, Maharashtra, and Delhi. Their language, also called Saraiki, was recently recognized as a distinct language and spoken as a first language by more than 20 million people in Pakistan.

Language as a Significant Part of Saraiki Identity

Pakistan has more than sixty spoken languages, with Urdu as the official language, which is understood by 80% of its population. As is the case for all Pakistan’s ethnic groups, the Saraiki people consider their language as a significant part of their identity. Saraiki is an ancient language belonging to the Lahnda branch of Indo-Aryan languages. Along with Punjabi, Saraiki is regarded as one of the regional languages in the country and spoken as the first language in Bahawalpur, Dera Ismail Khan, Dera Ghazi Khan, Multan, and Sargodha. It is also spoken as a second language in areas of Northern and Western Sindh, Karachi, and other parts of Baluchistan.

The Siraiki language also shares a wide range of vocabulary with the Persian language. It was previously called by different regional names but adopted the name Saraiki in 1962 to promote linguistic and cultural awareness among the Saraiki people. Their natural flair for poetry resulted in numerous famous poets and writers belonging to this region who in return contributed towards their recognition. However, a great number of important Saraiki literature vanished after its writing system was converted from Devanagari script to the current Perso-Arabic script. Furthermore, many of ancient Saraiki literature are also unreported due to the lack of patronage, although an increase of Saraiki publications has been recorded in recent decades.

Saraiki people are popular for its Sufi poetry and among the most celebrated poets are Khwaja Ghulam Farid, Sachal Sarmast, Shakir Shuja Abadi, and philosopher Shah Abdul Latif Bhittai.