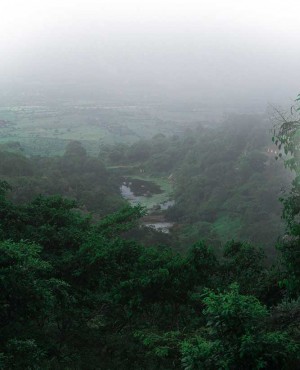 Brasilia – Thrive in the rich culture filled with the echoing music of the maracas as one steps into the world of the Xukuru people of Brazil. They are indigenous people who have a mix of Portuguese, African, and even Asian features. These unique physical features do not lessen each of the Xukuru individuals’ identities.

The Xukuru nation represents 24 villages in Pernambuco State, Brazil. These people who live across the Ororubá Mountains are moving toward cultural revival and restoration.

In keeping their traditions and values alive, the Xukuru makes the most of their close community. An essential aspect of their lives is that of the Toré.

The Toré is a ritualistic practice that represents the strong union of the Xukuru people. Members participate in this circular dance set to the music of the maracas and featuring a distinct set of strong footsteps with the right foot. This tradition serves as a symbol of the Xukuru identity, culture, and religion.

The Xukuru continues the practice of the Toré to give thanks for the various forms of grace they receive. Also, more than a mere cultural tradition, the Toré shows how the indigenous people have tried their best to pass on their ancestral knowledge despite being colonized throughout the centuries. In this sense, the ritual dance is an exclusive festive gathering for the community members.

The Toré may happen in three ways. First, the ritual can take place in Ouricuri, a sacred space exclusive to the indigenous members. Second, the dance can be held in the village like a presentation where non-Indians could join after getting invited. Third, a somewhat different take on the actual ritual especially made for public feasts where people present themselves to outsiders. In all of these moments, the ritualistic dance begins with cadenced ballet to the sound of the maracas and that of the beat of the feet to the ground. The movement goes in a circular motion and always to the right. People may dance as a pair, group, or individually.

The people hope to keep the tradition alive and understood by future generations. As the community gathers in celebration, it may even be a way for them to reflect on their people’s history, their culture, and even that of the world. The ritual exceeds a mere performance and becomes a significant cultural process for the Xukuru to share with their people.

Currently, the close-knit community has found a new means to re-identify its people. Looking into their homes, lives, and future actions, this ethnic group is gradually stripping outsiders of their preconceived ideas of traditional tribal people.

The Xukuru people continue to flourish as a community even with their non-traditional attires. Even during Toré, performers may be seen simply wearing western clothing.

The efforts of the Xukuru in reviving and restoring their culture have a positive outlook. Even with modern western clothing and gadgets, the members of each community live harmoniously to help strengthen their indigenous identity.