Sumbawa People Beyond the Island 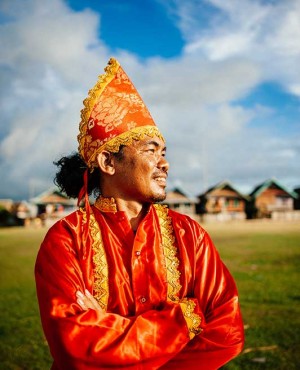 Jakarta – Are you planning on traveling to Indonesia? There are a lot of popular attractions to visit, but why not learn about their indigenous people as well and enjoy lots of new adventures? There sure is something memorable to discover.

For instance, travel to the island of Sumbawa, located to the east of Bali, Indonesia. It is a small island in the West Nusa Tenggara province. It may not be as popular as its neighbor, Bali, but it offers its own unique culture, tradition, and community.

Moreover, the Sumbawa island is home to the ethnic Sumbawa people, known to live in different communities throughout the island’s 32 subdistricts. Throughout the years, their people have migrated to different parts of Indonesia but continued to share certain traits that identify their ethnic lineage.

The Sumbawa people may have migrated to various locations but they are still connected through their culture as well as the use of their language. Even though the Sumbawa language has four main dialects, all speakers understand the Sumbawa Besar. Many of them are bilingual, as they can communicate within their local communities through their mother tongue and then use Bahasa Indonesia or Sasak with those who are from the outside of the community.

In some studies, the Sumbawan language is associated closely with Sasak and Balinese. The Sumbawans used a script with Arabic derivation to create different charters and documents. The people also have a particular set of deferential language in addressing superiors in their society. This is an interesting continuation of the ethnic group’s tradition. Nevertheless, there is still a need to continue the study of the language to further improve the proper representation of it in modern society. Also, it is important to be able to find a better means to teach this to the younger generations.

The ethnic Sumbawan people are also known to practice Islam and even with the change in the political setting on the island, the sultan keeps his religious role in practice. In addition to this practice, the Sumbawan people have traditional society classes: the datu or dea (the aristocrats), the tau juran (the influentials), tau kamutar (subjects of the sultan), sanak (free commoners), and ulin (the slaves).

This traditional setting does not entirely mean that the Sumbawan communities live on their own to keep the tradition preserved. It is a way for them to continue passing on their knowledge of their community to the young members. It is also a practice that keeps them close to each other. It is not a surprise to see extended families living under one roof or in close proximity to each other. This is a sign of continuous concern for the people to build and sustain their ethnic identity within and outside of their communities throughout the changing environment in Indonesia.