Home / News / The Cajuns of Louisiana

The Cajuns of Louisiana 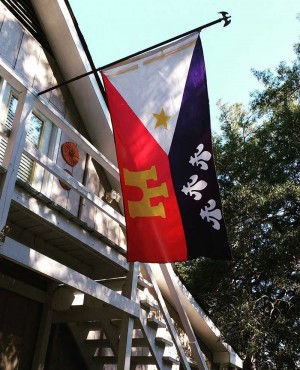 Baton Rouge – A familiar sign written in French greets every traveler while passing through southern Louisiana. Louisiana French is spoken by the Cajun ethnic groups whose culture is influenced by its French origins. They are descendants of the Acadians and inhabit the vast region of Acadiana, popularly known as Cajun Country. Despite their language dying out in the mid-20th century, the majority of their population managed to keep their cultural practices and traditions over the years.

The swamps and bayous of Southern Louisiana were home to the Acadians, descendants of the French Canadians who immigrated from France and settled in Acadia, which is now known as Nova Scotia. Acadians were exiled after refusing to swear allegiance to the British crown in 1755 when Great Britain acquired permanent control of Acadia. About 14,000 of them were deported to different British colonies and more than thirty years later, 3,000 of them landed in Louisiana.

Settling and Assimilating in Louisiana

The Acadians settled in their new land along with other immigrants who moved into the area, as well as the various Native Americans who occupy most of the land in the Mississippi Valley. Although they have avoided contact with the outside world for years, many Acadians eventually intermarried with the local Creole population as well as the Germans and other Anglo settlers who came to the region. The name Cajun became a common term for Acadian since the 1880s after their original name was mispronounced by the English-speaking Anglo population.

The establishment of the oil and gas industries in Louisiana in the early 1900s has significantly influenced Cajun culture. The formerly agricultural towns transformed into thriving cities providing employment opportunities, especially among the deprived Cajun communities. Unfortunately, when the oil industry collapsed in 1981, many Cajun families suffered. Not only did people lose jobs but most of their livelihoods were also devastated by the contamination of the land and waters brought about by the oil industry.

The devastation caused many Cajuns to seek jobs elsewhere, establishing communities in different states and allowing Cajun culture to spread. Those who stayed behind moved further into the marshes or became farm tenants while others sought employment as educators, clerks, or lawyers. When World War II broke out, many of them served as interpreters in the U.S. armed forces fighting on the French territory.

Today’s Cajun population is estimated to number more than a million and mostly concentrated in the city of Lafayette in Louisiana, one of the 22 Parishes occupied by the Cajuns. Moreover, approximately more than half a million have settled in the southeastern corner of Texas known as the ‘Golden Triangle’ and include the cities of Houston, Beaumont, Port Arthur, and Orange. Over the years, Cajun-style restaurants have been famous around the world thus promoting Cajun’s unique culture and tradition.

The Revival of Louisiana French

A colony of France since the late 17th century, Louisiana’s dominant language was French. People of other ethnicities came to live in the region around the same time when the Acadians flourished in the area, resulting in their unique French dialect. Louisiana French is a blend of Acadian French, Creole, English, and standard 19th-century French, including loaned words from American Indian, Spanish, and African languages.

A law that prohibits the use of French whether at home or in school prevented many Acadians from learning their native language in 1921. However, in the following decades, many Acadians were eager to preserve their language and culture in Louisiana. With efforts to encourage younger generations through teaching French in public schools, they were able to revive their dying language and culture. On the other hand, many of those who belong to the generation that speaks English used a language that is a combination of American English with fragments of French called Cajun English.