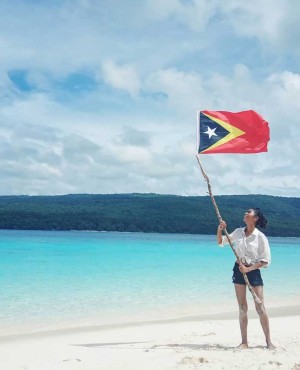 Dili – After 450 years of Portuguese rule and more than 20 years of Indonesian occupation, Timor-Leste, also known as East Timor, officially declared its independence in May 2002. The struggle for independence by the Timorese was a long battle, but their faith kept the people moving forward. From animistic beliefs to being the second predominantly Catholic country in Asia, let’s take a look at how the Catholic church played an important role in Timorese society.

The Democratic Republic of Timor-Leste is located in Southeast Asia, between Indonesian West Timor and Papua. Roman Catholicism was brought to the country by the Portuguese in 1515 but became more prevalent during the arrival of the Dominican missionaries. A 2016 survey revealed that 98.3% of the population are Catholics while the remainder includes a small group of Protestants and Muslims.

The abundance of sandalwood brought the Portuguese to East Timor in the 16th century. The Portuguese then took control of the land since then. With them were Catholic missionaries responsible for converting the natives, many of whom practice polytheistic and animistic beliefs. Numerous schools were built, including the Jesuit Seminary of Nossa Senhora de Fatima, where many of the current political leaders were educated. After the collapse of the Portuguese government, East Timor independence was announced in November 1975.

However, shortly after this, Indonesia invaded East Timor in December 1975, declaring the region as its 27th province. Catholicism became a fundamental part of Timorese identity and culture. Priests functioned as leaders of their community and contributed socially and politically. The Catholic Church spread vital information on the actual plight of the Timorese and became an advocate for equality. Priests and nuns imperiled their lives to defend the population from violence and illegalities.

A large number of Timorese converted to Roman Catholicism under the Indonesian occupation. This is mostly because, under the law, one must belong to one of the officially recognized religions, such as Catholicism, Islam, Hinduism, Buddhism, and Christianity. Animism was practiced by a vast majority of the population but is not recognize as a religion. Thus, practicing animism was punishable by law. Moreover, the church was a safe haven for the locals, as they provided aid coming from Catholic relief agencies.

Over time, the number of baptized Catholics expanded from 20% of the country’s population in 1974 to 95% by the end of the first decade following the invasion. Simultaneously, the number of churches increased from a hundred to more than 800 in the three decades since 1974. The Timorese voted for their independence from Indonesia in 1999 and obtained its sovereignty on May 20, 2002. Today, Timor-Leste is second only to the Philippines as the predominantly Catholic country in Asia with more than 1.2 million people, with the numbers expected to grow.

The people of East Timor are composed of dozens of ethnic groups with the Tetum, Mambae, and Tukudede as some of the largest ethnic groups. They have a long history of intertribal marriage and a population of mixed Portuguese and Timorese ancestry called mestiços. There is also a small yet vibrant Hakka Chinese community who came to East Timor before the 1975 Indonesian invasion. The people of the country speak 16 languages and between 34 and 36 dialects. The official languages are Tetum and Portuguese, while English and Indonesian are working languages.