Home / News / The Makoa of Madagascar

The Makoa of Madagascar 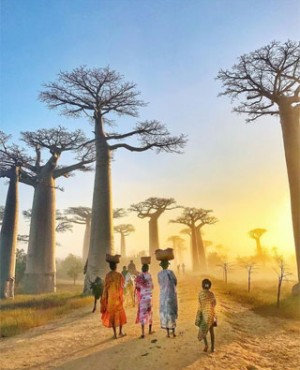 Antananarivo – In a large island off the southern coastal area of Africa live the Makoa ethnic group. They are descendants of the slaves traded through the ports of northern Mozambique. Because of their origin, they are considered to be one of the last African diaspora communities who came from the slave trade.

Compare and Contrast of Identity

The migration of people as part of the slave trade was a common and major source of wealth way back in the 16th century when the Malagasy kings took part in it. This is said to be when the first people of Mozambique came to Madagascar. They relocated to the western regions to find safety from the trade that was gradually spreading in the eastern coast of Africa at the time.

Each ethnic group in the country has its own unique characteristics, culture, and even language. Despite these distinct qualities, there are still some similarities in the way these communities live. This combination of similarities and differences make up Madagascar’s national culture—a melting pot of Asian, French, and other native cultures.

The Makoa people are also called the Masombika in the central highlands, around the busy capital of Antananarivo. Within the Makoa society, the people follow a three-level caste system that is likely derived from Malagasy society. In this type of system, a slave master would assign a leader who will take the title of ampanjaka (“king”) together with higher status slaves and lower status members.

Due to the location of their communities, the Makoa are sometimes considered as a subgroup of the Vezo, another group known for being fishermen. However, this particular tribe is known to have remained on the southwestern coast. In addition, the Makoa people have a distinctly larger physical structure than the Vezo.

Madagascar has been under colonial influence in the past, but in spite of this, they are able to communicate using their national language, the Malagasy, or French, which is the second most popular language. Thus, the language and culture of the Makoa are not majorly affected by their colonial experiences. As the Makoa share a unique origin with other communities near and within the country, they speak a dialect of the Malagasy language. The one they use to communicate is a branch of the Malayo-Polynesian language group, which is said to have been derived from the spoken language in southern Borneo, namely, the Barito language.

Historically speaking, the Makoa spoke Emakhuwa, the predominant spoken language in northern Mozambique. There are even some records of the use of this language in several Makoa documents. Most of these records were preserved by various community and family members. However, at present, none of the Makoa speak Emakhuwa as their native tongue anymore.