Home / News / The Revival of the Aboriginal Tasmanian

The Revival of the Aboriginal Tasmanian 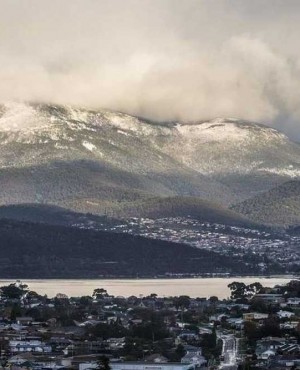 Interestingly, the community members are continuing to observe their ethnic heritage up to the present despite the widespread belief that they are extinct due to the records presented to the world.

Revival and Preservation of Culture

To preserve the community’s culture and tradition, linguists and local Aboriginal members work hard to preserve and restore the ethnic group’s languages. Why exactly is this important?

In every society, language is a representation of people’s experiences. It is an essential part of any indigenous ethnic group’s identity. Thus, preserving a language is an important task that will help keep the community alive, in that indigenous communities get to understand their cultural identity and practices as embodied in their language.

As the Aboriginal Tasmanians work their way to reintroduce their culture and reviving their assumed lost culture, they constructed and utilized the Palawa kani, a composite Tasmanian language pieced together from limited accounts of the many different languages that many Aboriginal Tasmanians once spoke.

Why construct a language? Many Aboriginal Tasmanians grew up without speaking their native language. With very few recorded sources for the study of the native language of the Aboriginal Tasmanians, linguists and other researchers used the language that people use to communicate. The result of this documentation is the Palawa kani. This language is based on records from surviving spoken and written remnants of the island’s original language. The need to find original language references is crucial to revive this precious cultural aspect.

Using language to restore and preserve an ethnic community’s culture is a means to show other cultures how their community perceives the world. Also, using Palawa kani is a big step so that the Aboriginal Tasmanians can be recognized as a distinct ethnocultural group. However, it is important to understand how they lost their original language and how they can reintroduce it to the present generation. Having this kind of mindset can help both locals and outsiders to appreciate the movement.

At present, the Aboriginal Tasmanians continue to cultivate and share their culture. As the people use Palawa kani, they are putting themselves in the center of growth as a community. The continuous use of Palawa kani in homes and even in both academic and professional settings reflects this distinct cultural progress.

Even in contemporary materials, the people’s language’s visual representation helps give the ethnic people their distinct voice in the country. However, it takes time for people, both within and outside the Aboriginal Tasmanian community, to get used to the language. This is why the continuous development and usage of their language is important. Slowly, the people in Australia may become more familiar and comfortable with using Palawa kani as they hear and see them in various media. However, both young and old Tasmanians need to get used to hearing and seeing the language in their everyday environment. It may take a while, but it is a good sign that progress is being made.