The Valley People of Mexico 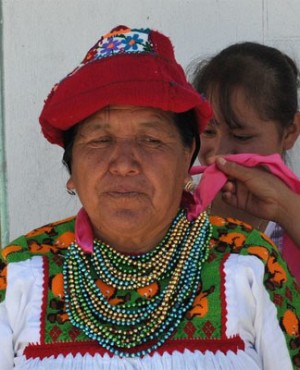 Mexico – In the state of Mexico, five ethnic groups live and practice their own culture and tradition across various communities. One of them lives in territories across Mesoamerica. They are called the “valley people” as they are thought to be natives of Toluca and Tula valleys in the year 800 AD. Throughout this long history of their indigenous communities, what have we learned so far? Who exactly are the Otomi people of Mexico?

In the Otomi people’s language, they identify themselves as the Hñähñu, which means “hunters who walk loading arrows.” They live in various communities and even share some territories with other ethnic groups, such as the Nahua, Matlatzincas, and the Mazahua.

The earlier settlements have been located in valleys. Nowadays, however, the Otomi communities live in different lands. They are now living in forests, mountains, and valleys. Nonetheless, the highest of the known valleys is still that of the Toluca.

As the people shared territories, they also shared a part of their history and culture. These shared experiences and knowledge are interesting aspects in understanding the distinct ethnic groups of Mexico. The only concern, however, is that with this type of set up, communication is crucial. Even within the Otomi group, there were numerous dialects. Also, with modern culture creeping in the communities, a large number of modern Otomi do not speak the native language anymore. The people use a common language to communicate in urban areas. Some stereotypes about the Otomi language are even made in comparison to the Spanish and Nahuatl languages.

Language and its Importance

If there is already a common language people use to communicate with other communities, then why does the Otomi language remain important?

In any of the indigenous communities, as well as in modern cities, language is a crucial element that helps in identifying a certain group of people compared to others. It is also a critical factor in understanding the nature of one’s culture, beliefs, and traditions. Language is an integral part of people’s identity.

For instance, the Otomi language is an Oto–Manguean language, which helps connect the speakers to over 240,000 people in Veracruz, México, Guanajuato, Tlaxcala, Puebla, Hidalgo, Michoacán, and Querétaro. There are numerous dialects of the Otomi that are related but with some distinctions that make one unintelligible to speakers of another.

How did we know of the language? During the colonization of Spain in the 16th century, Spanish friars wrote the Otomi language. They taught the indigenous Otomi to have their written alphabet using Latin characters. This step led to the formation of Classical Otomi. However, as time went by, the Otomi people gradually transitioned into using Spanish and Nahuatl instead of their native tongue. This intensified with the negative stereotypes in comparison to the two common languages mentioned earlier.

Nowadays, a large number of modern Otomi do not speak the language. It is good to note, still, that many private and non-government organizations are reaching out to the Otomi. There have been positive attitudes toward the promotion of Otomi’s mother tongue, especially after Mexico recognized it as a national language along with 61 other indigenous languages. It is a hopeful moment for many of the Otomi communities so they can retrieve this part of their identity.