Home / News / Who are the Limbu People of Nepal?

Who are the Limbu People of Nepal? 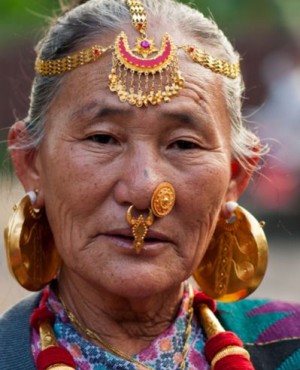 Kathmandu – Nepal is an ancient country ruled by various dynasties throughout the centuries. There was a period in the 18th century when the country united different ethnic groups as well as various principalities under a high-caste Hindu dynasty. Among these ethnic groups are the Limbu people, who are considered the first settlers of east Nepal. They are also thought to be descendants of the Kiratis.

The Limbu tribe is known to be of Mongolian descent and considered one of the largest tribal aggregates in the country of Nepal, as well as the second largest tribe under the Kirati. They live in the easternmost part of the region, between the Arun River and the border of Sikkim District in India. However, the division due to the high-caste Hindu dynasty resulted in the separation of the Limbu people. This physical separation led to a cultural one in terms of their ethnic practices. Nevertheless, the people speak a particular Tibeto-Burman dialect that helps them communicate.

As a result of the high-caste system, Hindu immigrants in Nepal are mostly Brahmins. This particular division also highlights differences in the cultural practices of each group. For instance, Limbu and Brahmins practice their religions differently. Limbus recognize and participate in popular Hindi festivals but keep their own set of practices. Their traditions are influenced by Tibetan Buddhism, and individual households honor a specific ancestor god. Moreover, the Limbu believe that the lineage of divinity is not passed on patrilineally. It is the woman who inherits her mother’s gods and brings the deities to her home after she gets married, where the deities will serve as the gods of their household.

The Limbu language is also known as Yakthungba Pan or Yakkthungpan. It is a Tibeto-Burman language known to thousands of people in Bhutan, India, and eastern Nepal. This language has four main dialects: Chhathare, Panthare, Phedappe, and Tambarkhole. The word limbu means “archer” in this language.

The Limbu language uses its own alphabet called the Kirati, thought to have been modeled from the Lepcha alphabet, which in turn originated from the Tibetan alphabet. Their system of writing called the Kirat-Sirijunga script was invented in the 9th century. This script disappeared for many years but was later reintroduced in the 17th century.

Nowadays, there are many individuals who speak the language in various countries. The use of the language also leads to the understanding of the Limbu people’s movement from one community to another. However, there are local groups in the country trying to preserve the Limbu language, as well as maintain some of the local practices, cultures, and beliefs of the group.