Home / News / A Story of the Hutu Community

A Story of the Hutu Community 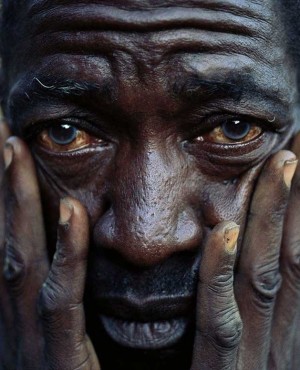 Kigali – Do you know a hero who broke the rules, made fun of the rich and powerful, and insulted the wealthy cattle owners? The people of Rwanda and Burundi know exactly which hero is the answer to this question. Who is he? Find out as you read through the Hutu indigenous people’s way of life. Understanding their culture means understanding their folktales, after all.

Who are the Hutu people?

The Hutu are closely related to the Tutsi and Twa indigenous peoples, who all speak the same Bantu language. These groups have their own communities where they practice and share their own cultural histories, traditions, beliefs, and overall way of living.

The distinct aspect of the Hutu, however, is that they comprise the majority of the indigenous population of Burundi and Rwanda. They are also known as Abahutu, Bahutu, or Wahutu.

The Hutu people’s lives centered on having a clan-based social organization. In small domains, a bahinza (king) rules over the community, which mostly live off small-scale agriculture.

What are their distinct cultural characteristics?

The people of Burundi and Rwanda may offer a variety of cultural references, beliefs, and practices. It is good to note that the Hutu communities established their own set of ethnic customs. For instance, they are a community that practices Christianity as a religion along with some traditional beliefs.

Hutu people speak various languages as a group. The Hutu people use Swahili, Kinyarwanda, Kirundi, and French to communicate. With constant interactions, people can share their traditions. However, not everyone can read and write using those languages mentioned earlier. These are mostly for oral engagements. Many of the members of the group also have difficulties reading and writing in their native tongue.

Nonetheless, this does not stop them from establishing good communication within their communities. For instance, the Hutu people enjoy telling folktales. The hero that was referred to at the start of the article is the famous Hutu folk hero Samadari. He breaks the rules while making fun of the rich and powerful and especially insults wealthy cattle owners. This story is just one of the many stories that show the Hutu people’s interactions, their lifestyle, beliefs, and other values. Aside from folktales, the Hutu people also tell myths, proverbs, and riddles.

The Hutu are one of the indigenous peoples who continue to surprise others with their colorful practices, beliefs, traditions, and customs. It is good to keep their old ways alive as they share these with the younger generations. More than mere oral storytellers, the Hutu community also practice different communal activities, such as enjoying music, dancing, and playing the drums. These events, however, are observed more in rural areas where men and women have their own types of dance to present. These are aligned with the community’s sense of ritual for various occasions. Some of their music are made for either solo singing or a chorus, and each one represents a need or a ceremony for hunting, lullabies, and even in praise of cattle (ibicuba).