Bravanese People as One Community 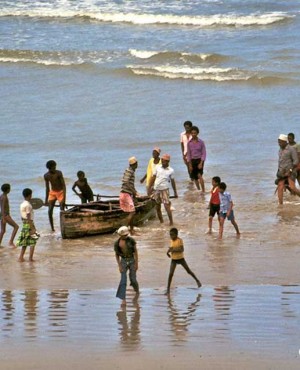 Mogadishu – How many names can an indigenous group be called? Some indigenous people can be called multiple names, while some are known by a single, distinct name. One factor is the use of language used by people outside of the community and that used by the members of the ethnic group.

For instance, we have the Bravanese people of Somalia who may also be known as Barawan, Barawani, Baravani, Reer Brava, and Reer Baraawe. For a group with plenty of names, how well do outsiders know their culture, history, and language? For most, not so much.

Before jumping right away to the different cultural practices, let us first know where the Bravanese people live. They originated from the coastal city of Brava (Barawe/Baraawe); however, they also traveled and lived in other cities. There are communities in various places, but the most notable ones are in Kismayo, Merca, and Mogadishu.

Brava is the most diverse location in Somalia due to its trading history and location near countries from Asia, the Middle East, and Europe, as well as other nearby islands. The communities along the coast can interact with different nationalities. Because of these interactions, many of the Bravanese people may look different from the other indigenous peoples of Somalia. Also, some cultural practices from other people were adopted by the Bravanese. For instance, some of their traditions may bear some resemblance to East African traditions, some of their food to Swahili food, and some of their music to Swahili music.

As you get a better picture of the Bravanese culture, you also need to understand the nature of the people’s language. It is an essential factor in keeping the culture alive as it is passed on from one generation to the next.

The Bravanese people speak Chimiini or Cimwiini, which is a northern dialect of Swahili. In this particular language, people identify their town as Miini and not Barawa or Brava. Aside from that, they speak Swahili as a second or third language. Moreover, the people also speak Af-Maymay, which is known as a local Tunni subclan dialect.

It is interesting to note that despite the variety of languages being used in one community, there is still a clear understanding of the community’s values and the beliefs amongst the people. The different dialects also help them communicate better with people outside of the local Bravanese community.

Despite its importance as a language, Chimiini is considered an endangered one. This status came after different events in the people’s history, which caused significant cultural changes to the Bravanese. Hopefully, the Bravanese get assistance from researchers and the local community members to keep Chimiini alive. Continuous use of the language can help save it from extinction. Also, studying the language can further help keep it alive and thriving. As long as people continue to communicate using the language, it will remain part of the lives of the Bravanese.