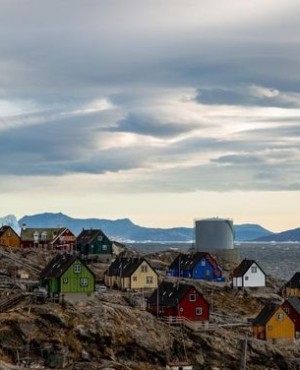 Nuuk – The Inuit culture has remained dynamic throughout the years. The term Inuit is a collective reference to the various distinct cultures of indigenous people in North America along the Arctic regions, as well as parts of Greenland. In this article, the focus would be on the Greenlandic Inuit, whose culture is an ancient one.

Each of the Inuit communities across territories has a colorful culture, beliefs, and values that the members try to pass on from generation to generation. The Inuits share their practices through their language, legends, folklore, and other distinctive aspects of their engagements. However, what do outsiders know about them?

At present, the Greenlandic Inuit are divided into three major groups according to ethnography: (1) the Inughuit of north Greenland; (2) the Kalaallit of west Greenland; and (3) the Tunumiit of Tunu in east Greenland.

Each of the abovementioned groups speak a particular language. The Kalaallit speak Kalaallisut, the Tunumiit speak Tunumiit oraasiat, and the Inughuit speak Inuktun. Despite these differences, most of the indigenous people are bilingual, who can understand each other using Kalaallisut and Danish. After all, they are citizens of Denmark whose official language is Danish.

Nonetheless, the Inuit people’s culture is rooted in their experiences as a community. In most recent records, the majority of the population in Greenland is that of the Inuit. Many researchers and anthropologists have found that the Inuit diet has not changed drastically but rather remained the same throughout the ages. The people remained connected to their ancestors’ practices, which allowed them to live within and adapt well to different Arctic challenges posed by their home, Greenland.

Aside from living among communities with age-old traditions, the Greenlandic Inuit also have a rich background of literature and the arts. They have a unique folklore of mythical creatures and legends.

The Greenlandic Inuit are known to hunt caribou, walrus, whales, seals, and other animals native to their island. From the remains of these animals, people are able to create art. For instance, they sew animal skins, make masks, and carve tupilak from bones from various animals, whale teeth, or caribou antlers.

A tupilak is a carved figurine made of animal parts depicting a monster. The term translates to “evil spirit objects.” It is given life by ritualistic chants by a practitioner of witchcraft and then placed into the sea to seek and destroy a particular enemy.

Their social interactions lead to distinct artistic practices. For instance, the drum dance may initially have been a battle dance in the past and later on got incorporated in the people’s events wherein a dispute gets settled through movements. Another example is the mask dance, which may serve various purposes, such as entertaining, teaching children, as well as courtship.

It sure is interesting to study the events and experiences one can have within the Inuit communities but the bigger concern now is their preservation. Some of the Greenlandic Inuit people are starting to experience the impact of climate change on their usual hunting seasons. Still, there is hope with the younger members of society to keep their age-old practices alive. After all, with a majority of the Inuit indigenous people within Greenland, engagements will continue with the stories, beliefs, customs, and lifestyle of the ancient times.