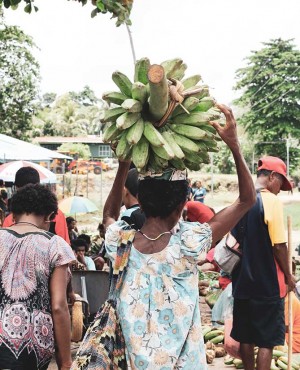 Port Moresby – Papua New Guinea is one of the largest island countries in the world. Its lush forest is home to diverse ethnic communities with their distinct cultural backgrounds and customs. The largest tribe among all of them is the Huli people.

Who Are the Huli People?

The Huli people have lived in the rich rainforest of the country for an estimated thousand years. Within the Southern Highlands and the Hela Province, the people continue to practice their ancestral traditions and pass along the wisdom of their people. They believe that they descended from a single man named Huli, who they believe is the first person to cultivate the lands where the present Huli tribe now lives. Their communities are thankful for the gift of rich fertile land that keeps them alive. This is why the people are also known for their hunting and agricultural practices in the region.

Similar to other indigenous groups in other countries, the Huli people have a treasure trove of beliefs, values, and traditions that are evident in their daily lives. Men and women have roles within their social system that are grounded on their beliefs.

The most notable of all the Huli people’s practices are their wig schools. Wig schools run an 18-month program where students grow and tend to their hair. When their hair is shaved at the end of the program, they create a wig shaped with bamboo and later decorated with various colorful feathers. Each wig is used daily afterward, though a Huli man may have a more colorful wig for special occasions and a lighter one for everyday use.

Wig schools are only open to young males and are a rite of passage for them to learn essential skills, such as hunting, building mud walls, and making houses. This tradition gives us a glimpse into what the Huli people value and see as crucial in becoming an adult member of the community.

Aside from this stage in the people’s lives, the Huli also has sacred practices that they showcase through painting particular colors to their faces. During special celebrations and other ritual events, the men’s faces are colored with ochre (red clay) and ambua (yellow clay). These two colors are painted as follows: ambua on the upper part of the face and ochre on the lower part. This color pattern distinguishes the Huli warriors from other neighboring groups in the region and is considered a sacred practice exclusive to the indigenous group.

At present, the Huli people are slowly adopting modernization as they are exposed to the development of roads and other modern facilities around their ancestral territory. Their language, however, is not extremely affected, although, according to recent records, the Huli now speaks both the Huli language and the Tok Pisin (New Guinea Pidgin).

Being more exposed to modern life also poses threats to their people’s way of living. The new infrastructures have caused various indigenous members to sell their lands and have also resulted in the loss of various local animal habitats, especially of birds. This has since affected the people’s hunting practices, plus their sources for the feathers they use for their wig-making tradition. Nonetheless, as more outsiders learn about the Huli communities, there may be hope for further efforts to help the communities flourish alongside the developing region.