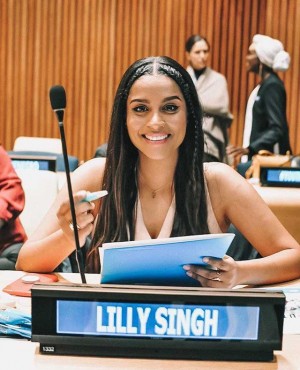 Ottawa – Canada is known to be home to numerous people from different cultural backgrounds. Among these different ethnic communities is the Indo-Canadian ethnic group. They are Canadian citizens whose heritage comes from a diverse ethnic lineage from India. This particular ethnic group is noted as one of the fastest growing communities in the country, with a high concentration in British Columbia and Ontario. These two provinces are followed by Alberta and Quebec where there are still continuously growing communities. As the people grow in number, wouldn’t it be great to know more about them?

Looking closer at the particular heritage of the Indo-Canadians, there is a specific link with their ethnic backgrounds, religious practices, and most specifically, their language, whether similarities or differences. Nonetheless, these cultural heritages have been preserved due to Canada’s policy of multiculturalism.

Indian communities of varying cultures and even linguistic backgrounds are able to thrive alongside each other. For instance, Northern Indians have a different custom and language from Southern Indians. The Hindu villages have their own set of traditions and beliefs that are distinct from the Christian, Jain, Jewish, Muslim, and Sikh communities in the country. Still, they are able to establish structures as well as provide institutions for their own social as well as religious interactions. Even the Indo-Canadians’ languages have been given a chance to be reinforced within the country through various media. In addition to being a part of the larger Canadian community, the Indo-Canadian people are able to develop their own identity where they can distinguish themselves from the non-resident Indians.

Indo-Canadians, as mentioned earlier, have a variety of languages within their own communities. This preservation of linguistic abilities shows the rich diversity that has grown within the Indian subcontinent.

For instance, one of the most widely used languages in Canada is that of the Punjabi, which is the language that is mainly used by the people of South Asian descent who have ties with Northern India. On the other hand, the Tamil language is the one used by many individuals who live in Canada who come from both India and Sri Lanka. New immigrants, by contrast, would most likely be heard using Hindi, especially those coming from Northern and Central India. This is, after all, the official language of the people in India and is used by the majority of the Indian people. These distinctions help in recognizing each community’s identity, although there are still numerous languages used across Canada that need to be identified to fully get a glimpse into the colorful cultures behind them.

Moreover, with these cultural and linguistic differences, it is the effort of the youth that can keep the balance of both Western and Eastern values, as well as preserve the Indo-Canadian ethnicity within Canada. However, there are young people who remain uninterested in the traditions that represent Indians’ cultural backgrounds. The youth who try to maintain the balance are in the minority for now, but the idea of fusing North American with Indian cultures is gaining traction, just like the Bhangra incorporating hip-hop rhythms to their music. It may take time, but it is clear that the growing communities of these people will continue to prosper and add to Canada’s diversity.