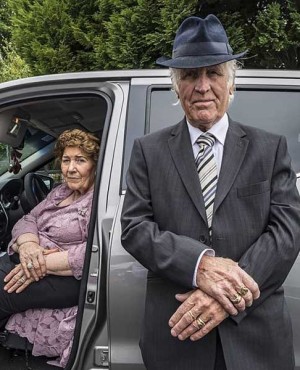 Dublin – Identified as a close-knit community, the Irish Travellers (also known as Pavees or Mincieri) have endured centuries of living on the margins of mainstream Irish settlements and modern society. There are Travellers in Northern Ireland, as well as in England, Wales, and Scotland. However, what exactly do we know about them? Let us understand how a recent recognition from being a cultural minority to being an ethnic minority brought the Irish Travellers closer to sharing their distinct identity with the world.

The distinct cultural identity of the Irish Travellers is connected to their nomadism and close family ties, enabling them to continue to pass on traditions, beliefs, and cultural practices within their communities. Thus, it was a defining moment when the Irish government finally recognized them as an ethnic minority after years of being merely recognized as a cultural minority.

Irish Travellers have a long history in Ireland. Due to a lack of written history, it has been a great challenge to learn about their origins and their growth as a community. Yet, even though it took a long while, their recognition as an ethnic minority finally established them as an ethnic group with their own cultural traditions, language, and value system. The Travellers’ lifestyle and practices that are different from Ireland’s main population deserve to be appreciated and preserved.

The Irish Travellers and their communities may not have an exact origin in records. Many even thought that their people are connected to the Romani. However, this notion has been disproved through recent studies. Despite these cloudy origin stories, it is best to understand the Irish Travellers through their culture, beliefs, and practices that are now parts of different studies.

The extended family is an essential aspect of Travellers’ lives. The people have a great sense of duty and loyalty to their families. Aside from this, the communities have strictly defined gender roles. The men work in the fields and trade horses while the women stay at home. Their traditional living situations include living in caravans while trading horses, working in farms as laborers, tinsmithing, and being entertainers.

Irish Travellers communicate within their communities using Cant, a dialect of a distinct traditional language called Shelta. It is known to many outsiders as a secret language, as local Travellers would not easily let others learn it. It is their way of sharing their ideas and passing on their cultural values to their people. However, even with this unique medium of communication, many Travellers use English in their everyday lives, so English speakers can still interact with them.

Another interesting aspect of Cant or Shelta is that it is a cryptolect. This means that the words used in this language somehow differ in meaning and are used inconsistently to exclude or even mislead other people from understanding it. As this is the case in this secret language, there is no single approved origin of it. Others think that it is of Celtic origin where it serves as a derivative of the Irish word caint or even of Scottish Gaelic cainnt. At the same time, another school of thought may consider it as a derivation from Latin cantāre. Whichever it is, the continuous use of it by the Irish Travellers ensures that the people pass this knowledge and its corresponding cultural value to its younger generations. It is a practice that helps keep the ethnic group’s distinct identity among other local Irish residents.