Macedonian People of the Balkans 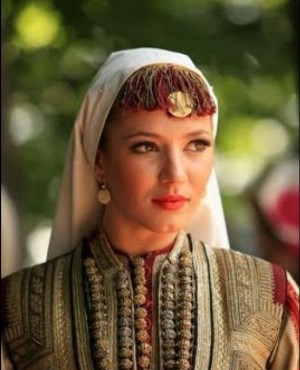 Skopje – What kind of history lies in the Balkans? One can say it is a deep one. A huge part of this history is the Macedonian people who may have been overlooked by major world powers but continue to live with their distinct cultural identity.

Macedonia is a relatively small country, but it is home to over 2 million people with a rich ancient history comparable to that of Greece. However, how are their people still connected to their past?

The Macedonians are considered a South Slavic ethnic community. Many of them live in North Macedonia, while others built their communities in various other countries. The country became independent in 1991.

In the process of identifying themselves as their own group of people, the Macedonians also assert that their language is distinct from the Slavic language. Although they acknowledge the similarities, they are pointing out that the Macedonian language has a history dating back to more than a thousand years, to the Old Church Slavonic used by Saints Cyril and Methodius in the 9th century. With this knowledge, they are slowly trying to construct their own identity that cannot be simply likened to that of their neighbors. However, if their culture was described in relation to others in the area, it may be loosely described as Balkanic, related to that of the Bulgarians and the Serbs.

Macedonia features a wide range of cultural practices that combines both traditionalist and modernist elements. Their architecture, music, art, and cuisine are intimately tied to their native land. Their folklore and colorful traditional costumes display a part of their history that connects them to their present.

For instance, their architecture is mostly influenced by Ottoman architecture. Their music also has a distinct sound that expresses their tradition and culture. Then there is their cuisine that reflects both Mediterranean and Middle Eastern influences. The country’s climate particularly offers excellent growth conditions for various plant and other food products that make the Macedonian cuisine unique.