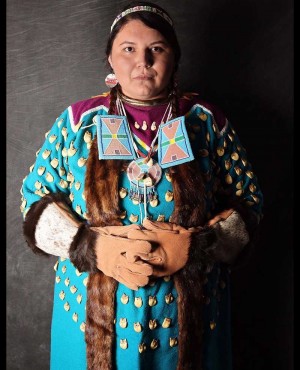 Washington – In the people’s oral history, the Yakama dwelled in the area of the Columbia Plateau, which lies across the states of Washington, Oregon, and Idaho. Archeologists and other researchers found pieces of evidence that prove the story. There are various cave dwellings, camps, and rock shelters scattered all over the region.

Upon closer study, these locations have been in the area for thousands of years. The various ancient tools and stone carvings further support the claims people hear from the Yakama’s oral narrations. If the people have been in the region for centuries, what do we know of their culture, language, and history? Let’s read more about them here.

Yakama (formerly spelled Yakima) is a Native American tribe said to be original inhabitants of shelters along the Columbia, Yakima, and Wenatchee Rivers. In the 21st century, the people moved to a reservation located along the Cascade Mountain Range’s eastern slopes in South Central Washington.

The act of using Yakama instead of Yakima is a recent move in the 90s. This change reflects the native pronunciation of the term.

Other names identify their tribe, such as Waptailnsim (“people of the narrow river”) or Pa’kiut’lĕma (“people of the gap”). These terms represent the narrows in the Yakima River at Union Gap, the Yakama’s main village. However, the Yakama people refer to themselves as the Mamachatpam.

The people speak the Yakama language, a northwestern dialect of Sahaptin (a Sahaptian language of the Plateau Penutian family). However, native speakers have shared their disagreement with this. They argue for using the traditional Yakama name for their language, which is the Ichishkíin Sínwit. With that term, the people can now distance themselves from the name Sahaptin, which means “stranger in the land.”

In the reservation, most of the residents speak the Ten-tumpt, a northwestern Sahaptin dialect, and only a few elderly members use the native language exclusively. Nevertheless, many Yakama people can understand their people’s native tongue. This has allowed the reservation to keep the language and culture alive by teaching the language in public schools, specifically for middle school students.

In school, the young Yakama members learn to incorporate both speaking and sign language as they use their native tongue. Why is there such a need for signing?

Signing is an interesting part of the Yakama culture, which is an essential aspect of their language because signing is practiced in particular ceremonies where talking is forbidden.

Aside from preserving the use of the language, it is also good to understand the dynamics that help in the preservation of the Yakama culture throughout the centuries. A great chunk of this effort is on the shoulders of the elderly members, the grandparents in numerous households.

The grandparents serve as the bridge between generations. They teach children the proper way of appreciating the tribe’s way of life. They also share the need to respect others in the community, plus the appropriate behavior that must be observed. In this way, the people hear of different legends telling of their ancestors’ lives in ancient times.

There are even some stories passed on through generations that have distinct animal characters. This type of representation shows a part of their belief where animals have been like humans in the past. Lastly, the unique stories in the Yakama’s oral tradition are not solely for sharing. The children also had to experience them. Childhood is a time for the members to seek their guardian spirit. Here, the ideas of the animal characters are seen through the tradition.