Home / News / Rama – the Guardians of the Forest

Rama – the Guardians of the Forest 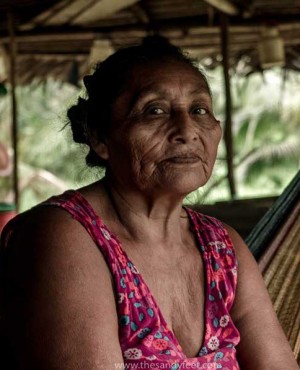 Managua – Traveling to Nicaragua opens up new opportunities to engage with various communities, including their indigenous population. With many of the indigenous communities of the country located along its Caribbean Coast, they are physically separated from the majority of the mestizo people.

One of these indigenous populations called the Rama live in the remote, untouched land of Reserva Biologica Indio Maiz. They are known as the Guardians of the Forest. Many may have had difficulties in reaching these people due to its distance and isolation from the main region. However, a journey to the heart of their community is worth the time and effort, as this is also a journey to the long history of the Rama life, tradition, and culture.

It is interesting to note that in earlier years, plenty of Rama lived in the country. They were even said to occupy the entire Caribbean Coast at one point. However, in recent years, Native Indians who still live in their ancestral environment have been decreasing. This is why it is a great deal to have the Rama continue staying in their lands and protect it as a community. After all, the rainforest has become a big part of their lives throughout the decades, eventually establishing the Rama’s identity as guardians of the forest. They believe that people should live in harmony with the forest and not destroy or harm any part of it.

The Rama language is categorized as a part of the Chibcha language group, which is related to the languages of other coastal indigenous groups in Colombia, Costa Rica, Honduras, and Panama, as well as the Mayagna of Nicaragua. However, after generations of colonial interaction, the community’s language has severely declined, resulting in its current form of Rama-Creole. This is the primary language used by the people, which is similar to the Creole English used by other coastal communities.

Nonetheless, the Rama people strived and continued to have their distinct cultural identity despite the deterioration of their language. They are able to maintain a traditional Rama lifestyle, using their history to pass on detailed knowledge in agriculture, home building, and their expertise in identifying the region’s various fauna and flora. Even though they are still using small canoes to paddle from their homes to Greytown, they definitely have the skills of experienced navigators. This kind of skill earned them the recognition of being among the best seafarers on the coast.

These cultural identifications help keep the Rama indigenous communities alive. They are persistent and determined to preserve their distinct culture. Even though some newer communities may be built around the area, their core values, traditions, knowledge, and love for their home bind them together as the Guardians of the Forest.

Image from Faces of the Indio Maiz Ι Nicaragua – The Sandy Feet, https://thesandyfeet.com/faces-indio-maiz/