Home / News / The Chechen Indigenous Ethnic Group of the Caucasus

The Chechen Indigenous Ethnic Group of the Caucasus 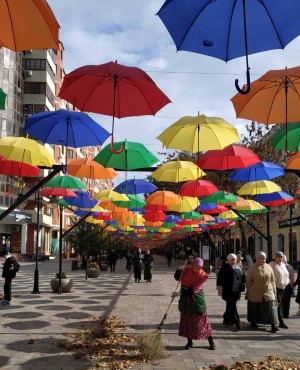 Moscow – The Chechen indigenous people of Eastern Europe share similar features and practices with their neighboring groups. However, there has been a significant diaspora of the Chechen people throughout the decades. There are Chechen communities in the Arab states Iraq and Jordan, as well as in Kazakhstan and Turkey. Even if the Chechens live in geographically distinct locations, they share essential cultural qualities that make the Chechen community an ethnic group.

Chechens live mainly in Chechnya and some regions of Russia, most notably in Aukh, Ingushetia, and Moscow. However, during the Caucasian War, many Chechen families fled the country and moved to Iraq and Jordan. Then, the ethnic community of Kazakhstan came to be in 1944 after the ethnic cleansing made by Joseph Stalin and Lavrentiy Beria.

The wars and struggles of the times may have driven the Chechens away from their homes and made them refugees in various countries. Nonetheless, the people came through and made those new locations their home.

The Chechens, also known as Kisti and Durdzuks, are native to the North Caucasus in Eastern Europe. According to studies, the Chechens belong to the Nakh peoples. However, this connection opens up new questions as the mystery of the Nakh origin itself is unclear.

The Chechen people at present refer to themselves as Nokhchiy in their native tongue. Even with this, there is another name used to identify the people: Vainakh. It is a collective term used for Chechen and Ingush peoples, although this is not commonly heard or used within the local communities.

Scholars have tried to clarify the origin of the Chechen through linguistic connections. However, there are still questions about this as the language families are said to be unrelated.

The Chechen language is the largest member of the North Caucasian language group. There are many speakers of Chechen; from Chechnya to Russia, Western Europe, and the Middle East. The people’s diaspora led to the growth of the Chechen language as it is spoken in various locations around the region.

It is common for North Caucasian communities to be bilingual or multilingual. The Chechen people claim that their first language is Chechen, which is not traditionally a written one. However, as the majority of them speak Russian fluently, the written form of Chechen also gradually developed through the orthography of it using the Russian alphabet in the 1930s. Now, the written Chechen language could be seen in different publications. However, it is still Russian that people consider the language of literacy.

Such constant exposure to the ruling group’s language poses threats to the Chechen traditional language. Younger members of the indigenous group are more familiar with the Russian language than with the Chechen language. This is because, in their day-to-day lives, they use a unique mix of Russian and Chechen to express their thoughts and share their experiences with friends and even family. UNESCO has even classified the Chechen language as one of the endangered languages in the world.

There have been some efforts made by local members to help protect their people’s language. However, it would need extensive support to be effective. There is still a lot to do to keep the Chechen language alive among the indigenous communities in each region. However, the attention that younger members of the community are showing toward the Chechen language could be a hopeful beginning. They have started an online forum so that everyone interested can ask questions and motivate a deeper study of the people’s language. It may also open up opportunities for better interactions so that the Chechen community can collectively come up with a plan to preserve and protect one of the essential cultural identifiers of the Chechen ethnic community.