The Distinct Zarma People of Niger 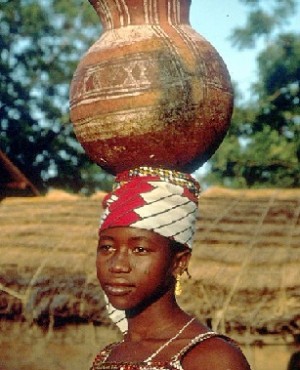 Niger – The Songhai people are an ethnic group who live in Western Africa. Among the Songhai is a small yet strong indigenous group of people known as the Zarma (also spelled Zerma).

The Zarma are considered a branch of the larger Songhai group, but they live with a unique custom and culture. Their own communal practices make them a distinct people among the region’s ethnic groups.

The Zarma people are said to have migrated from the Fula region around Lac Debo, Mali before settling in their present homes. This movement is recorded to have happened in the 16th century, during the time of the Songhai Empire. In addition, it is noted that the Zarma moved again in the 18th century to the Niger River Valley, Fakara plateau, and Zigui (now known as Southwest Niger).

Today, the indigenous Zarma people live in southwestern Niger, in the arid lands of Sahel. Other ethnic members live in the northern region along the Niger River Valley. The members of the community mostly work as farmers who produce crops such as millet, cowpeas, nuts, and sorrel. Most of them also grow a variety of fruits and vegetables in small gardens. This is due to the condition of the lands that they live in, which is in the savanna region consisting of thin soils and sandy plateaus. Even the people living along the valley use the river for irrigation for their crops. These conditions are a lot different from the lives of the Zarma who live in Nigeria, where there are fertile and lush river valleys.

The language used by the Zarma is a dialect of the Nilo-Saharan family, which originated from Mali. Thus, the Zarma and the Songhai members see themselves as family, almost like cousins. This also opens the practice of intermarriage between the two indigenous groups.

The Zarma language is also considered the second most common language used in Niger, after Hausa. However, in earlier years, the language is known by a different name, which is Djerma in French.

The language uses alphabets with the same values as that in the International Phonetic Alphabet (IPA) so it is not that difficult to understand the differences between the sounds. It is important to note that even though the pronunciations sound similar to other western sounds, the syntax is vastly different. The Zarma language is a subject–object–verb language, as opposed to English, which is a subject–verb–object language.

Aside from its linguistic features, the Zarma language serves as a tool to pass on their knowledge and cultural identity. This is evident in their tradition of passing legends to the younger members of the community.

An example of such a legend is that of their migration, which states that one of their chiefs named Mali Bero transported them in a flying basket. Note that this historical migration is told in an entertaining manner, which also reflects the people’s culture and beliefs. This is just one of the colorful stories that keep the community’s history alive. It is best that the Zarma members continue keeping records of their customs, history, and traditions to preserve their community’s treasures—their people.