Home / News / The Moroccan People and their Tradition

The Moroccan People and their Tradition 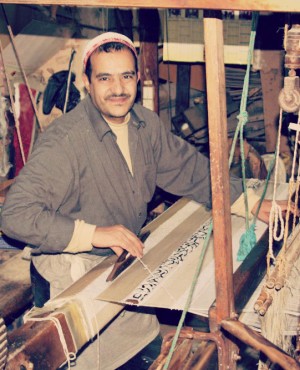 Rabat – The Moroccans are proud of their country and with a rich history, they surely share a distinct sense of independence throughout the centuries. They continue to build their own rich cultural and traditional heritage. In spite of their distinct ethnicity, Moroccan life reflects a mixture of Arab and Berber influences as well.

Many studies have cited that the Moroccans live in an Arab-Amazigh country, which has been colonized by the Arab and French people in the past. Nowadays, Moroccans speak Tamazight as well as classical Arabic. They refer to this language as Moroccan Arabic, which is slightly different from modern standard Arabic.

Interestingly, even though it has been more than half a century since the country has been colonized by France, the French language remains popular. This is especially observed in business, diplomacy, and government settings.

Before all these new sets of languages were introduced to the Moroccans, especially the Arabic language, the indigenous people were thought to have spoken Berber dialects. This is particularly observed in the areas of Algeria, Morocco, and Tunisia. Their dialects can also still be heard in a few rural areas. However, it is not that completely standard as most of the linguistic influence is passed through oral tradition. Thus, no formal alphabet nor writing system is used for these dialects.

Aside from the distinct language usage in the country, there are many other influences on the current culture and lifestyle of Moroccans. One of the most striking is the influences on their architecture, which shows both their Arab and French histories.

The medina is a common feature in the city. It is a large walled area that holds both shops and houses. These medina structures mostly have Arabic-style arches and crenellated walls. It is interesting to note that within the medina, there are buildings that are centuries-old, reflecting the extent of such architectural influences from the past.

Moreover, there are many traditional Arab mosques with their distinct designs mixed in with French villages within the Moroccan region that feature European-style townhouses and plumbing.

The architecture may amaze tourists, but Moroccans also have local practices that can catch tourists’ attention. Moroccans follow a particular etiquette that requires some understanding from outsiders. For example, they have their own manner of greeting where they shake hands and touch their heart. This is a unique way to show personal warmth when meeting someone.

There are certain religious rituals and holy places that tourists must pay attention to whenever they visit Morocco. The majority of the residents of the country are Sunni Muslims, and thus there are particular sites that many of them visit for specific needs or concerns. For instance, there are the women who go on a pilgrimage to Murabitin temples to seek blessings regarding their pregnancy. Also, there are many Muslim mosques across the country where, traditionally, non-Muslim foreigners or tourists are not allowed to enter.