The Rich History of Lenca People 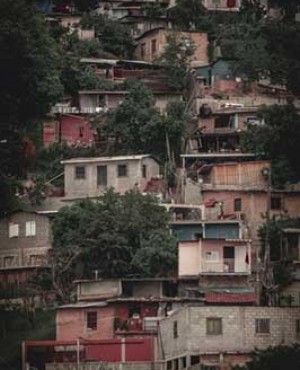 Culture at Risk of Extinction

The Lenca have a rich history of living across mountainous regions. They are known to occupy parts of Lempira, Intibuca, Comayagua, La Paz, Ocotepeque, and Copan. There are also Lenca people in eastern El Salvador.

The Lenca people are influenced by modern cultures. With such a massive land occupation, various communities could have been preserved as a haven for the Lenca’s ancestral traditions, practices, and beliefs. However, as the people have been acculturated since the Spanish conquest, it is no surprise that the present-day members have little knowledge of various traditions that the Lenca once practiced. From their language to their day-to-day life, many researchers agree that the Lenca indigenous culture is almost gone. Not to mention, that their native language is also almost extinct and there is a great effort to bring it back to people’s consciousness.

As the language has lost most, if not all, of its speakers, there are limited records of the Lenca’s vernacular. Upon closer look into these accounts, there are only two distinct languages available: Lenca of Honduras and Lenca of El Salvador. Both of them represent one variety, which is the Chilanga. To further understand this language, there is a need to reconstruct the native Lenca which would take a lot of time and effort from scholars and researchers.

Hope in the Midst of the Struggle

Despite this limited knowledge about the ancestral traditions, beliefs, and language of the Lenca, there are still some practices that remain actively observed across the local Lenca communities. For instance, some communities still observe the Guancasco, which is a ceremony done between neighboring communities. It is an age-old tradition that helps reaffirm the friendship built by various communities.

Guancasco came from the terms guan (“brotherhood”) and casco (“town” in English or “faith and peace” in Pipil). Pipil is a Uto-Aztecan language spoken by people in parts of El Salvador, specifically Sonsonate and Ahuachapan. During Guancasco, the Lenca people freely showcase the different colorful traditions that their people still actively have. The ceremony features various folk dancing, music, crafts (such as pottery and weaving), and various indigenous games. Moreover, each community’s leader uses this opportunity to meet and directly resolve any concerns they have, as well as to promote goodwill amongst local indigenous peoples.

The Lenca also continues some other traditions, such as in selecting their political leaders. Even though the ancient culture is almost gone, the people still inherit various political positions and select their chiefs or cariques. In this sense, the community can keep the line of succession within the modern consciousness. Such a continuation of age-old tradition can ignite further appreciation and preservation of the Lenca way of life.

Check out the attractive looms by the Lenca community in Honduras.