The Veddas – The Last Indigenous Tribe of Sri Lanka 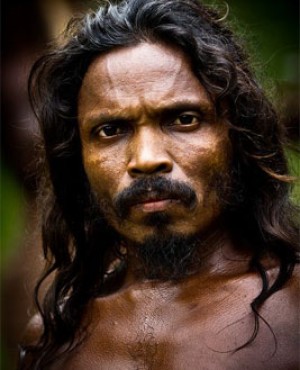 Colombo – Sri Lanka is an island country located in South Asia that offers a rich history and a colorful culture that brings its people together. Formerly known as Ceylon, Sri Lanka has vast forests that initially served as a sanctuary to certain indigenous groups, such as the Vedda people.

Who are the Vedda Ethnic People?

The Vedda is an indigenous group in Sri Lanka who call themselves Wanniya-laeto, which means “forest-dwellers.” This refers to the people’s history of being hunter-gatherers, living in caves and forest areas. The people’s culture and history date back to the 6th century. Researchers believed the Vedda community to be the first people to live in Sri Lanka long before Buddhists from neighboring Indian regions arrived.

However, there is no clear documentation of the Vedda origin, though there are two specific theories on how long the people have lived on the island. These are from oral legends passed on to generations. One of the theories is from the Sinhalese, who say that the Vedda people are descendants of Prince Vijaya, the first king of Sri Lanka. The other theory is that the indigenous group of Vedda is older than the rule of Prince Vijaya. This theory was formed after the discovery of archeological and anthropological evidence that suggests that the Vedda people have lived in the region since the stone age.

At present, the population of the Vedda people has been steadily decreasing. In records, there are only three major groups living in the country, located in the Anuradhapura district, the East Coast, and Uva Province. Due to outside influences, the Vedda people are now in the difficult position of preserving their culture and traditions while adapting to their surroundings. A sign of such cultural struggle is evident in the Vedda community’s language use. Their people speak Sinhala more than their indigenous language.

The Vedda language of the Sri Lankan indigenous group is currently used mainly by the interior Vedda community of Dambana rather than the entire ethnic population. The people pride themselves on the use of their language as it differentiates them from the Sinhalese people who speak Sinhala.

Initially, the traditional Vedda language was thought to be a dialect of Sinhala as there are many Sinhala words in the Vedda language. However, there are no remaining records of the original Wanniya-laeto language. That is why the present one available for study is believed to be a blend of the original Wanniya-laeto language and Sinhala as the Vedda people engaged with the Sinhalese people. This is known as the language contact phenomenon where the people create a new contact language to help them better communicate with the people around them.

However, the younger generation of the Veddas is gradually leaning towards a different practice as they adopt Sinhala and even Tamil as their mother tongue. The process of passing and continuing the use of the indigenous language is now under threat and may affect the continuation of the Vedda people’s ethnic language.

Moreover, there have been changes in the Vedda people’s customs as they further open themselves to outside influences. For instance, many Veddas have started wearing sarongs, a traditionally Sinhalese attire.

Thus, with the remaining ancient beliefs, customs, and even a bit of the original language, there is hope in keeping the Vedda community and culture alive.