Home / News / Tigrayan and Their Rich Value for Language

Tigrayan and Their Rich Value for Language 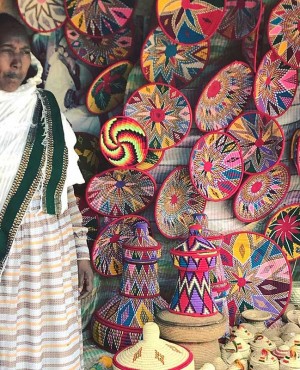 Addis Ababa – Communication is an integral aspect of any ethnic community worldwide. Language creates and strengthens the bonds among a group of people, which helps in the preservation and cultivation of their cultural identity. This is why understanding the distinct elements, functions, and history of an indigenous community is important.

The Tigrayan of Northern Ethiopia place a high regard for their people’s verbal skills. This connects them to various traditions that help build the Tigray identity.

Who Are the Tigrayan?

It is essential to understand first who the Tigrayan people are so that it is a lot easier to understand how their beliefs were formed and how to preserve them.

First, it is essential to know that the Tigray state in Ethiopia and some of their communities in Eritrea are located on a high plateau separated from the Red Sea. This division is prominent with the escarpment and the desert.

Second, some of the Tigrayan groups have their own respective traditional communities that build a sense of local identity. Nonetheless, the different groups of Tigrayan people live with high regard for their language and how they use it in oral communication.

To understand how the Tigrayan people regard their members’ verbal skills, let us first look at their language’s origin and relation to different local languages.

In Ethiopia, the language of the Tigrayan is commonly known as Tigrinya. It is also called Tigrigna, Tigray, or Tigrai. There is difficulty keeping a consistent terminology for this language as the variations are recorded differently in various studies. Still, it is crucial to see its structure, as well as its connection to the other languages in the region.

As mentioned above, the Tigrayan people of Ethiopia highly value their people’s verbal skills. For instance, in practice, the communities’ main form of entertainment centers on the various artistic forms of folktales, poetry, puns, and riddles. All those need a certain level of mastery of Tigrinya.

In some events, the people gather together to witness how someone who came back from their studies would engage in a qene. The qene is the Tigrayan’s art of poetic combat where participants must display extensive knowledge on various poetic forms and outstanding critical thinking to understand the different poems that may be used during the event.

The Tigrayan also has distinct characteristics for the heroic figures presented in their folktales. The heroic characters often exhibit excellent wit in the poetic couplets they composed. This particular element is also used in royal figures and saints.

With all these rich and culturally rooted values, it is no surprise that the Tigrayan people have a long history of continuous cultural independence in Ethiopia. They have flourished in putting importance to their language, preserving their cultural identity in the process.