Home / News / Tlingit: The People of the Tides

Tlingit: The People of the Tides 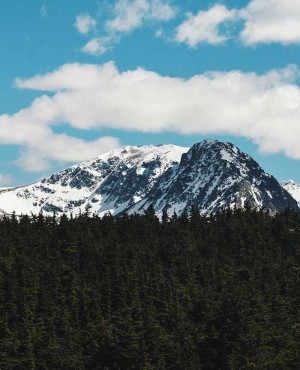 Juneau – The Tlingit people are an ethnic group whose history is dated as early as 11,000 years ago. They have a distinct language and culture that have been passed on through generations. The Tlingit people live in the northernmost region of the Northwest Coast, a narrow belt of coastland and offshore islands extending from the southern border of Alaska to northwestern California.

In the Tlingit people’s legends, it is evident that the people have a history of migration from various locations. The two most popular ideas are that they came from coastal migration across the Bering Strait land bridge or migrated from Polynesia through island-hopping. Despite having different ideas about their history, it is clear that the people could build their community and keep it alive throughout the centuries. The Tlingit also shared relations with other neighboring ethnic groups, such as the Haida and Tsimshian.

The communities have had the hunter-gatherer lifestyle, which is still somehow observed up to the present. Traditionally, the Tlingit people travel to various locations with their large, red cedar canoes. The people used to trade shells, Chilkat robes, and even jewelry with the other nearby ethnic groups. This kind of trading practice continued even until the arrival of the Russians in the 18th century.

Within the Tlingit community, the people live under a distinct kinship organization. Each group member belongs to one of the two moieties (largest kin group): the Raven and the Eagle. These moieties are further divided into several clans, which then expand through lineages or house groups.

In this kind of organization, the Tlingit follow a matrilineal practice, which means that they identify their ancestral lineage through maternal descent. Traditionally, this division also does not permit marriages within the same moiety, even though the couple is from different clans. In recent times, intra-marriages have been happening, though they are frowned upon. Aside from this, interracial marriages are also on the rise.

At present, the Tlingit have adapted to more modern living. Still, it is a bright idea to continuously share their rich culture with the following generations, even with the gradual reintroduction of their native language, which is now only known to less than a thousand Tlingit members.

Unlike English, the Tlingit people’s language is based on tone and is closely related to the Athabaskan. The language is a branch of the Na-Dené language family of Alaska and Western Canada. In this language, 24 unique tones are not heard in the English language. These sounds are represented by the 32 consonants and 8 vowels in the script, further distinguished through various punctuation marks, e.g., periods, underlines, and apostrophes.

Also, due to the growing acceptance of diverse cultures within the local Tlingit community, the people have accepted the wide use of the Latin-based Tlingit alphabet. This practice is slowly getting more traction as contemporary families adapt to more modern American culture. Nonetheless, it is good to know that culture and language revitalization programs are being spearheaded by the remaining native Tlingit speakers.