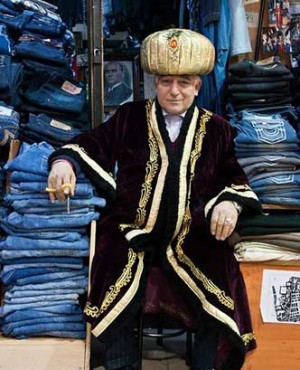 Ankara – Aside from the modern and fast-developing city of Istanbul, the capital city of Ankara offers a majestic scenery of centuries-old architectural beauty. These pieces of architecture and craftsmanship show the colorful history and the robust ethnic background of the community throughout the city.

As one walks through the city, many different treasures give a glimpse of the past and a touch of the present. The first step to seeing the beauty of Turkey is understanding the people who comprise the majority of its population. The country’s culture and ethnic communities are fascinating for anyone who wishes to explore and connect with the Turkish people. However, who exactly are they?

Turkey and its Residents

Turkey is home to numerous ethnic groups who are in the middle of the Islamic, Arab world and that of the European, Western one. The country is bordered by the Black Sea in the north and the Aegean Sea in the west. Then, there is the Sea of Marmara, Greece, and Bulgaria in the northwest; Armenia, Azerbaijan, and Iran in the east; and Iraq, the Mediterranean Sea, and Syria in the south.

Turkey’s capital used to be Istanbul, formerly known as Constantinople, during the Ottoman Empire. However, Ankara became the new capital in 1923 under the first president Mustafa Kemal Atatürk. This was because Ankara was considered more Turkish and less cosmopolitan than Istanbul.

As the country grew stronger and opened up to more ethnicities, one of their indigenous communities remains the majority. These are the Turkish people, also known as the Turks.

The Turkish people are part of the Turkic ethnic group and are said to have been in the region since 1070 AD. They have since gradually spread out across the country.

The Turkish people’s culture shows the traditional and conservative values that have shaped their identity. At the same time, their culture also displays the modern western values that the country has acquired throughout the years. They are said to have come from Central Asia and later traveled to the Middle East.

Aside from their culture and values, the Turkish people’s language, known as Istanbul Turkish, also distinguishes them from the other ethnicities within the country. Even though their language originated from the Turkic language family, the Turks’ language shares similarities in their cultural and historical backgrounds with the likes of the Crimean Karaites, Kazakhs, Ottoman Turks, and Tuvans. Istanbul Turkish is one of the most spoken Turkic languages around the world. It spread because of the Turkish diaspora, where the communities moved to live in other countries, such as Belgium, France, Germany, the United Kingdom, and others.

The spread of their language allowed the Turkish people to connect to various nationalities and communities around the region, while preserving their language and culture. Thus, even with Turkey becoming a melting pot of cultures, they retain their identity and continue as the majority.